The PGA tour joins the NBA and NHL with it’s own playoffs action this week. The Fedex Playoffs kickoff with the 2020 Northern Trust event at the TPC Boston course. Who would have thought in January that come August it would be one the craziest time of the year for sports, 2020 man! The best golfers in the world are all set to tee if off against each other in an exciting 3 week playoff format where one winner will be eventually crowned at the Tour Championship.

As it stands right now, Justin Thomas holds a 556 point lead over PGA Championship winner Collin Morikawa. Right behind Morikawa are Webb Simpson, Bryson Dechambeau and Sungjae Im all within in striking distance of Thomas. It should be a great tournament this week as the field is stacked with every top golfer in the world and you can argue this field is stronger than you would normally see in any of the 4 golf Majors.

Since the field is so strong this week I think the best way to tackle your DFS lineups will be to create well balanced teams as opposed to Stars and Scrubs. I will be looking to fill most of my teams from guys in the $8000 to $9500 range on DraftKings and $9500 to $10500 on FanDuel.

If you still haven’t joined DraftKings and are interested to try it out you can gain free entry into a $3 tournament when you make your first deposit this week. Visit DraftKings Now.

The top tier is filled with the best of the best and quite honestly it’s hard not to like any of them. Well maybe Koepka is one to fade as he has been a disaster since he started chirping at the PGA Championship a few weeks back. I’m going with Jon Rahm myself hoping to pivot off the higher owned guys like Thomas and Bryson DeChambeau. Rahm has played this event twice and finished 43rd in 2018 but 4th in 2017 so he does have high upside for a top 3 finish and potential win. He comes into this event after a solid 13th place finish at the PGA Championship and is 7th on the tour in SG:T2G and 33rd in GIR. I think he is a sneaky pick that may go overlooked this week.

I’m going back to the Hideki well once again and for good reason, he is playing great right now. “Great” may be a bit of a stretch because he doesn’t have any Top Tens but look at his consistently in his last five events: 22nd, 20th, MC, 22nd and 21st. He had one off week at the Memorial Tournament but overall he is a Top 25 machine and I think on the cusp of a big week. His course history here is also rock solid:

He is 2nd in Strokes Gained: Tee to Green and I think this may be Hideki’s week for a Top 3 finish.

Picking the right sleeper pick this week is going to be like throwing darts blindfolded. There are so many guys that are decent players who have the potential to top ten it’s tough to nail down just one or two. I’m going with the guy who is playing extremely consistent in his last 5 and that is Dylan Fritelli. He has never played on this course so that’s a little worrisome but also means he will be extremely low owned and overlooked by most DFS players. Let’s look at his recent finishes:

For a 7K guy on DraftKings thats some great consistently and I’ll take my chances he can pull off another Top 20 performance. 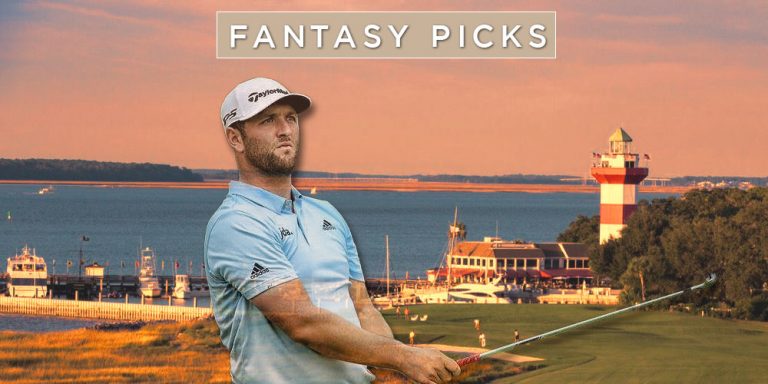